How to Experience Deeper Healing

There are many gifts to be found at the core of discomfort, irritation, embarrassment, shame and pain, whether it be a physical, emotional or spiritual issue.

A healer recently explained to me that whenever a part of the body is doing the ‘wrong’ thing, it’s important to lead the body into where it’s going (the ‘wrong’ way) so that it can come back to balance and a healthy alignment with greater ease and long-term healing.

Moving through as opposed to defying.

Dropping in instead of resisting.

The following day I was at the local library researching intuition and all things spiritual for my book. I came across a book called Care for the Soul by Thomas Moore. In it he explains that when he sees a client with a particularly strong emotional reaction, he doesn’t try to fix them so they don’t feel that way any more, as many therapists do. Instead, he encourages them, with his guidance, to move through the emotional state, to discover the gifts within, and to find freedom on the other side.

He gives an example of a young man who experienced intense jealousy at his new girlfriend. It was overwhelming him so much he sought help. Instead of giving him advice for avoiding jealousy altogether, Thomas unravelled the emotion with him, looking for the real reason and deeper healing. They soon discover that his client wanted the freedom to see other women, but couldn’t handle the idea of his girlfriend being the same way. After some journeying into his childhood, he learned that in fact, he does want freedom for his girlfriend too, he was just blocking that because it was taken from him when he was younger.

He moved through the jealousy and found freedom in his relationship and within his own psyche. Brilliant.

That night, as I was explaining this concept of dropping into discomfort to my husband, my son came out of bed to see us. He’d been having these particularly nasty thoughts that were frightful, like a bully in his own mind that he couldn’t get rid of. Two weeks previously we had spoken about them, and I had looked for ways to hush or avoid the voice. It clearly hadn’t worked.

I let my new understanding take the lead this time. I asked him to describe the voice. He said “bad and mean”. I asked him if he thought falling off his bike, ripping his shirt, spilling beet juice on the couch and swearing made him a ‘bad’ kid. He thought it did, for the most part. I asked him if it was okay to make a mess and sometimes do the wrong thing. He said it wasn’t really. We looked into it further and saw how much he (a Libran of course) saw himself as ‘good’ or ‘bad’ with everything he did. I explained there were no bad kids, just awesome kids all over the world, doing their best, sometimes slipping up, swearing, making a mess, ‘failing’ at school, falling off things, breaking bones, you name it. I told him he could do all these things but he would never be ‘bad’, and we would love him relentlessly no matter what. He smiled and went to bed.

The next afternoon he came running home from school with a big grin. “Hey Mum, guess what? The voice is the opposite now. It’s telling me really good things, it wants me to be happy!” The last few days with him have been pretty special. He has new confidence shining through, and all because we looked for the gift rather than running in fear.

It’s a simple but enormously valuable switch to make when something makes you uncomfortable. Yoga can move the body through discomfort as well as a good holistic practitioner. Journalling can help you drop into whatever emotion is running rampant, as can a deep and mindful meditation or a therapist. Resisting will only make the problem persist. Instead, stay open to the gifts within. 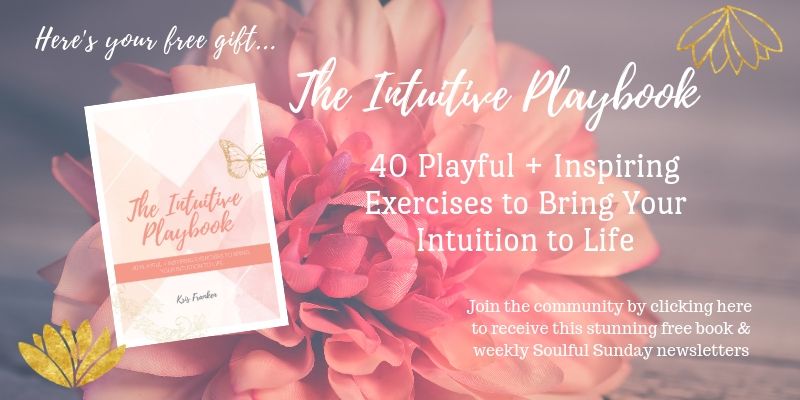